Participation in initiatives of the United Nations Global Compact

The Kikkoman Group is a signatory to Caring for Climate, which is one of the initiatives of the UN Global Compact. Caring for Climate is a framework to reduce the risks by climate change and promote the efforts to resolve various issues through cooperation between the signatories. It aims to reduce problems from the impact of climate change such as the sustainable use of water. The Kikkoman Group is working toward developing effective countermeasures through means such as exchanging information with other Caring for Climate signatory companies.

The Environmental Department of Kikkoman Corp. annually selects one of its three overseas operation regions (the U.S., Europe, and Asia) to conduct an internal environment audit, visits related facilities at the Group’s production bases, and provides environmental education for employees in the region. 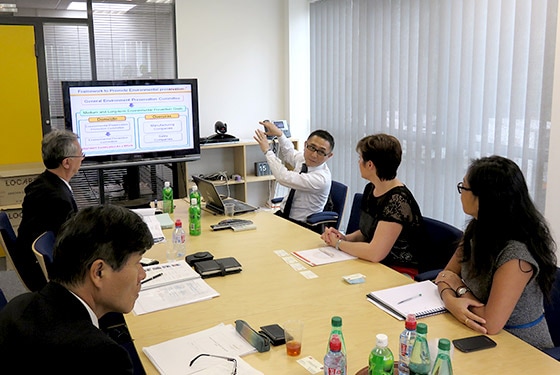 Information exchange meeting at a wholesaler in France (FY2015) 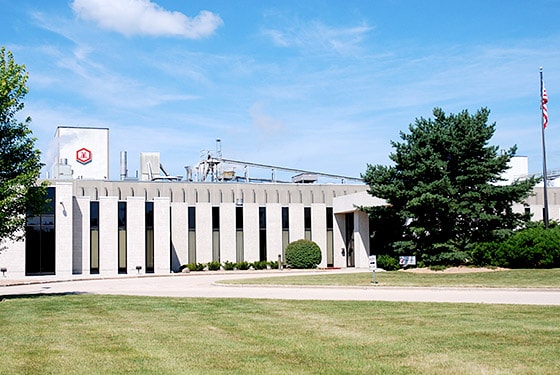 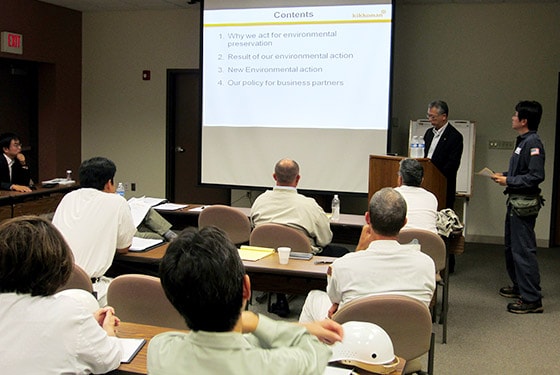 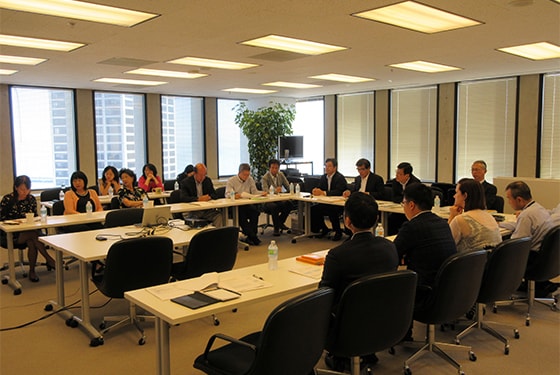 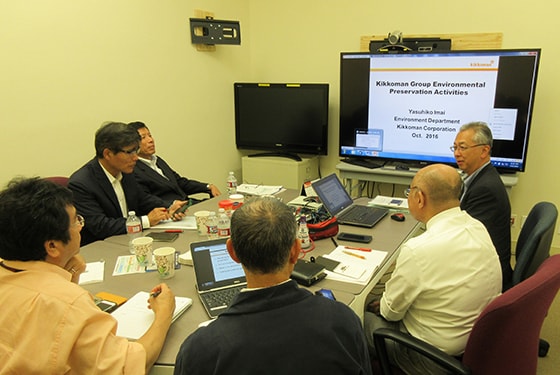 The lecture to the employees of President Kikkoman Inc. (FY2018) 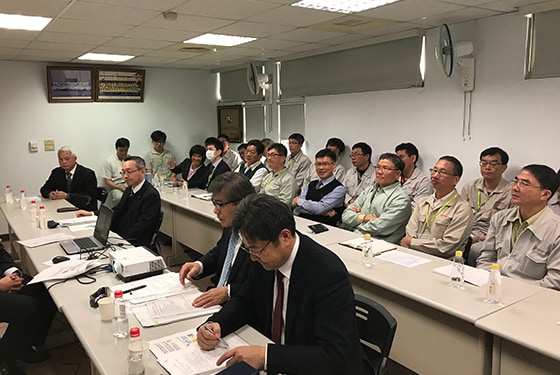 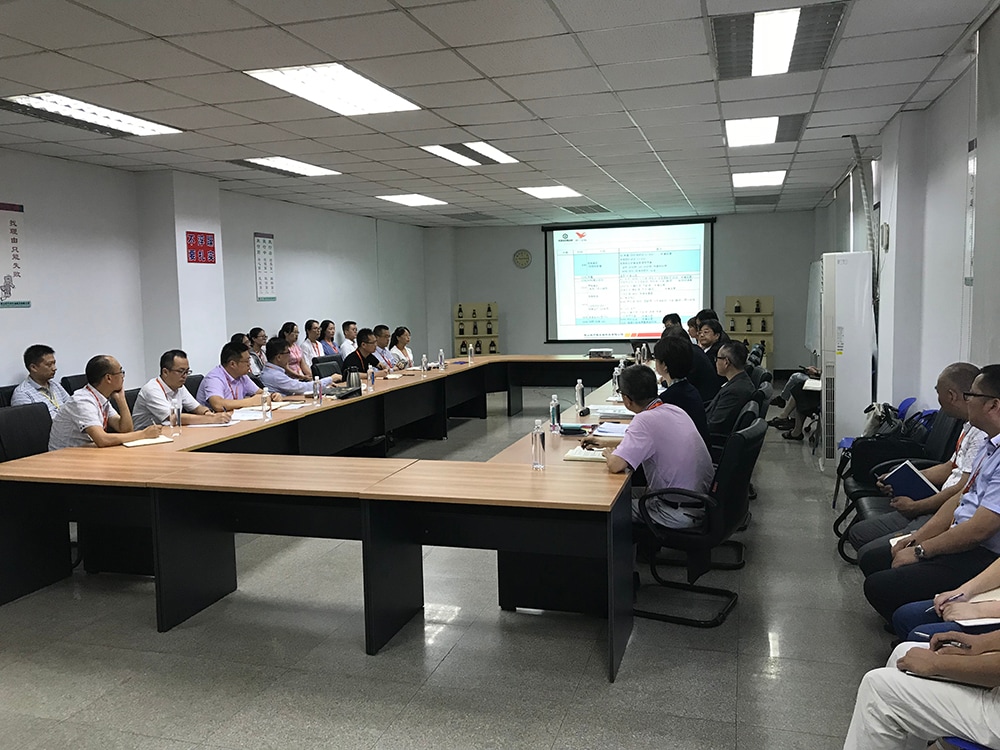 In the respective region visited, the department examined the current conditions of environmental preservation activities, while providing employees with environmental education and sharing information to enhance their awareness. The KFI California Plant has been recognized by the community for its praiseworthy efforts in such areas as energy and water conservation, pollution prevention, and waste reduction.
The California Plant received the Waste Reduction Award Program (WRAP) Award from the State of California in 1999, 2001-2006, and 2008-2011; the Pollution Prevention Award (PPA) and Sacramento Sustainable Business (SSB) Award from Sacramento County (where it is located) in 2004-2006, 2007-2009, and 2011; the Sacramento Environmental Commission (SEC) Award from the Sacramento Environmental Commission, an environmental conservation organization in the county, in 2007 and 2009; and the Green Leadership Award from the county’s trade paper, The Business Journals, in 2012.

Some of the Kikkoman Group’s manufacturing bases are located in the U.S., Singapore, and the Netherlands, where water stress* has become a social issue.
These production bases are respectively supporting water environmental preservation activities by local governments or NGOs to help address water stress issues.

Water stress refers to situations where demand for water exceeds its volume available for use for a certain period, or where the use of water is restricted due to its quality.

In 1993, KFI established Kikkoman Foods Foundation, Inc., a charitable fund organization through which it has donated to local educational institutions and disaster relief activities. Building where the Laboratories are located In 2013, in commemoration of the 40th anniversary since the first shipment by KFI, the foundation donated $1,000,000 to the University of Wisconsin-Milwaukee (UWM). This donation was used as part of the funds to help its School of Freshwater Sciences (SFS) establish the Kikkoman Healthy Waters Environmental Health Laboratories of studying water resource.

In 2010, as part of events celebrating the 25th anniversary of its foundation, KSP supported the project to create Kingfisher Lake (a man-made lake that incorporates a water cleaning system using aquatic plants) in a corner of the Gardens by the Bay National Park. 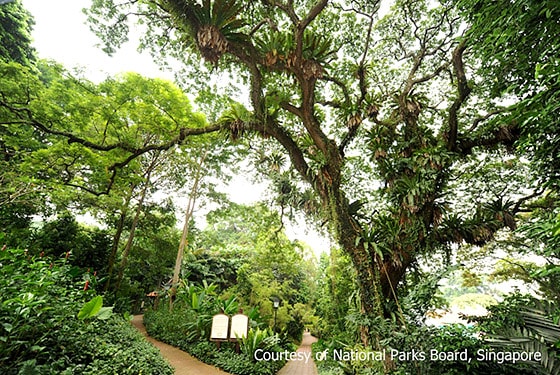 KSP was highly acclaimed by the Singapore government for its environmental support and commended as a company promoting a beautiful and green Singapore. At the same time, KSP was also presented an 80-year-old Rain Tree, recognized by the government as a natural heritage tree, in Fort Canning Park.

Located in Groningen province in the Netherlands, KFE has been participating as a main sponsor of the Water Resource Preservation Project in Zuidlaardermeer Lake, Groningen Province, which was established through a local environment preservation project with the support of the EU and the Dutch government.

The donations from KFE helped implement the project, including introducing and managing the Kikkoman Windmill to pump up water from Zuidlaardermeer Lake and then transfer it to cleaning waterways, thereby greatly improving water quality and increasing the numbers of inhabiting species. In FY2014, the Dutch government highly valued the continuous support for the environmental preservation activity by KFE, and consequently selected KFE as one of the winners of EDEN award 2013.
In FY2018, KFE determined to donate 20,000 Euro to the water quality improvement project every year until FY2023 in commemoration of KFE 20th anniversary of its establishment.

Singapore has seen a growing decline in mangrove forests that has resulted in a situation which threatens tropical species of flora and fauna. The Singapore government has seriously addressed the problem to improve the situation. One of its efforts can be seen in mangrove planting along the coastline of the Sungei Buloh Wetland Reserve, the natural heritage in northern Singapore that opened in FY2016. Commemorating its 30th anniversary, KSP has donated SGD $500,000 to natural conservation activities (including the tree planting mentioned above) and environmental education. 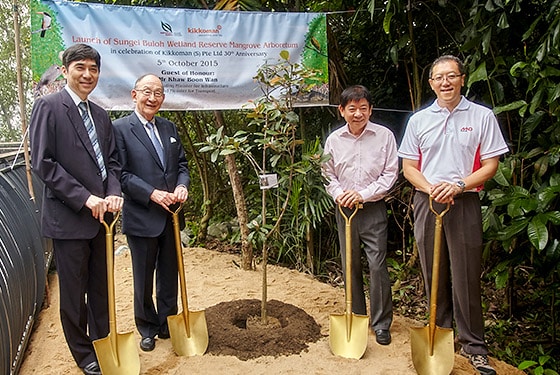