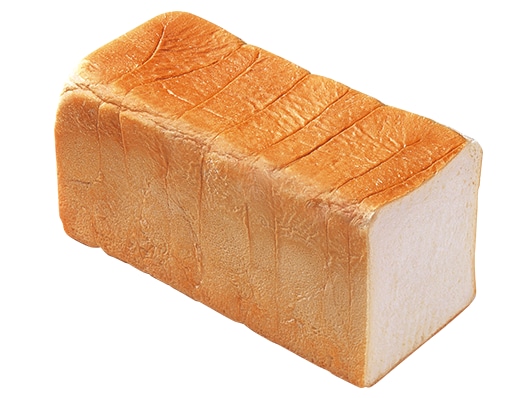 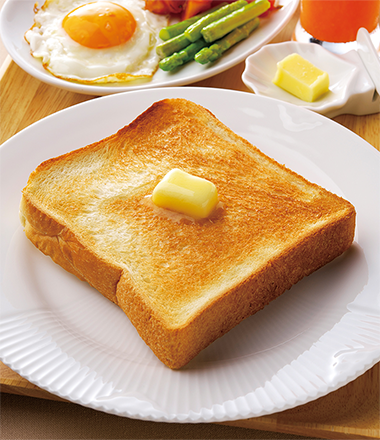 Shokupan is the Japanese word for a long rectangular or square loaf of white bread. It is soft, fluffy and fine-textured with a delicate crust, and slices easily. These attributes are popular with the Japanese, who buy shokupan in supermarkets, convenience stores and bakeries. Some households make their own shokupan using bread-making machines: the basic ingredients are flour, baker’s yeast, salt and water.

Bread was first introduced to Japan in 1543 when the Portuguese landed on the island of Tanegashima in Kagoshima Prefecture. After the Second World War, wheat flour was sent from the US to address post-war food shortages. This led to white bread becoming known throughout the country and, while rice remains Japan’s traditional staple food, bread was eventually adopted as another. National preference for the glutinous texture of Japanese rice led to an inclination for bread that is moist, soft and bouncy; Western-style pain de mie was therefore modified to accommodate the Japanese palate, resulting in today’s shokupan. Wider popularity of shokupan grew in the 1950s. 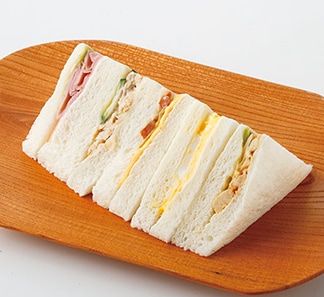 Thin-sliced shokupan is sold with crust already removed for sandwiches.

In Japan, shokupan sell as kin, or loaves, with one kin square loaf roughly 350-400g (12-14 oz.) and measuring about 12cm (4.5 in.) per side. A shokupan loaf is often sold pre-sliced, in slices of four, six, eight or ten. This allows consumers to choose their preferred thickness of slice. For the perfect sandwich, the bread can be purchased in twelve thin slices, with the crust on all four sides already removed.

A new shokupan boom has recently overtaken Japan, driven by bakeries specializing only in shokupan. These “gourmet” loaves are priced four to five times higher than mass-produced supermarket shokupan, which typically costs only JPY150-200 (USD1.40-1.80). Customers line up at these specialist bakeries for fresh-baked shokupan that is slightly sweeter and velvety soft, the result of added butter, honey or fresh cream—bread that can be appreciated without first being toasted.