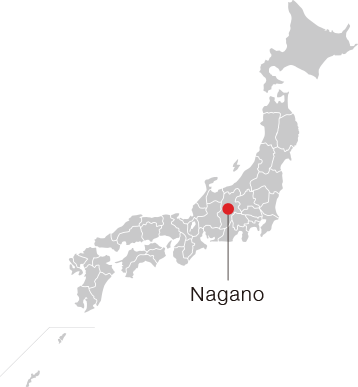 In the past, Nagano Prefecture’s mountainous terrain and harsh winter climate limited the region’s rice production. Farmers instead chose to cultivate wheat and buckwheat (soba), and for generations have used flour made from these grains as the basis for many local dishes. One of these is oyaki, a savory dumpling made from wheat and buckwheat dough, stuffed with various vegetables seasoned with soy sauce or miso, or filled with sweet azuki red bean paste. They are then grilled or steamed, depending on local and personal tastes. The “yaki” of the name oyaki means “to grill,” since they were originaly simply grilled on an open hearth. Oyaki are usually made at home to enjoy as either a meal or a snack. Ingredients and preparations may differ widely, but whatever its form, the flavors of the humble oyaki are straightforward, best characterized by fresh local pickles, eggplant, mushroom, pumpkin and other local produce.