In 2013, Japanese cuisine, or washoku, was included in the UNESCO Intangible Cultural Heritage list. This year, our Feature series will examine the relationship between washoku and health, from a medical perspective. This first installment considers how nutrition influences longevity. 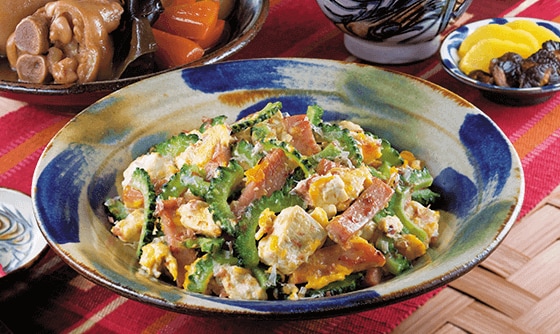 When I began my research in the field of medicine in the 1960s, however, the Japanese lifespan was short. Strokes had just taken over from tuberculosis as the leading cause of death in Japan. At that time, strokes—whether stemming from ruptured blood vessels, or blocked blood vessels in the brain—were considered vascular conditions that inevitably accompanied advanced age. Stroke is a condition found only in humans, and it was impossible to study the problem through experiments with animals. From among rats predisposed to high blood pressure, a condition suspected to be a cause of strokes, my colleagues and I were able to establish a new strain which could successfully develop stroke. These rats contributed greatly to the elucidation of the causes of stroke, and to the global development of new antihypertensive drugs. Our study found, for the first time, that if hypertensive rats ingested large amounts of salt, they suffered from strokes within a short period of time; but strokes could be prevented if they were fed a diet of soy or fish protein, potassium-rich vegetables, magnesium, and calcium-rich dairy products. This discovery shed light on the relationship between nutrition and vascular conditions, and prompted the WHO to encourage further research in this area.

In 1985, in order to examine the relationship between health and the way people eat, I launched the Cardiovascular Diseases and Alimentary Comparison (CARDIAC) study, which surveyed over 60 different regions around the world (see map). Even now, nutrition surveys are carried out primarily through individual interviews. The CARDIAC study involved 200 men and women in their early fifties from each survey area. We recorded blood pressure figures and took blood samples on an empty stomach; but most significantly, we developed a special double-bottomed cup to collect 2.5 percent of voided urine throughout the day, and thus, for the first time in medical history, allowed for precise, accurate samples to be collected over a 24-hour period from people going about their daily lives. Because of this original method, international comparisons of nutrition became possible. This map indicates the 61 regions studied within 25 countries by Dr. Yamori’s team during their examination of the relationship between health and nutrition. WHO CARDIAC Study, 1985-2005. Map courtesy Yukio Yamori.

At the time of this study, the Caucasus region, situated between the Black and the Caspian Seas, had some of the highest longevity rates in the world. Fruit was ample, and people consumed yoghurt regularly; they also ate about twice as much meat as Japanese, but it was grilled or boiled, reducing the amount of fat consumed, thus instances of excess blood lipids were few, and this seemed to be a factor in their longevity. There were also many centenarians among the Uighur people who lived in oases along China’s Silk Road. They ate generous amounts of nuts and fruit, such as grapes, along with rice cooked with plenty of vegetables. The water drawn to the oases from snowmelt off the Tian Shan mountains and the waters from this region’s unique karez (Turpan) irrigation system were rich in magnesium and calcium, and instances of high blood pressure were few. The study also found that the Masai of Tanzania added no salt to their diet: their only sodium intake was through the two to three liters of yoghurt they drank daily, ranking as the world’s lowest, corresponding to 2.3 grams of salt per day. Among men and women in their fifties, none had high blood pressure. Their average life expectancy was not recorded, but if not for infectious diseases, it would have been considerable. In Asia, people with low levels of sodium intake were the inhabitants of Guangzhou, which is famous for its food. People there eat abundant amounts of fresh vegetables and seafood, as well as tofu and other soy-based products. Their sodium intake was low, at six grams per day, a WHO target amount at the time, and high blood pressure was rare. In the province of Guizhou, adjacent to Guangzhou, the Miao minority are known for their longevity, so we conducted health examinations there in 1987 and 1997. This region is known for its karst topography formed from the corrosion of limestone, and is ill-suited to rice cultivation. Staples there are a combination of corn and soybeans. (The origins of soy-based foods such as natto fermented soy beans and tofu can be traced to this region.) Particularly impressive in their diet is a type of noodle made from dried tofu, as well as freshwater fish. In Okinawa, where people eat tofu, fish and pork, the diet is a fusion of traditional Japanese and Chinese dishes. This area emerged in the 1990s as having the greatest life expectancy in Japan, and Okinawa Prefecture declared itself a “world longevity region.”

How We Eat and Live

Our findings showed that deaths from stroke in Japan peaked in 1965, which was also the high point as far as blood pressure for both men and women. By the end of the Second World War, Japanese were suffering from malnutrition; but after the war, thanks to nutritious school lunches and hard-earned economic growth, protein intake increased. Salt intake was high, at slightly over 10 grams per day on average, but this gradually declined to the national target at that time of 10 grams. Thirty years later, by 1995, Japan’s incidence of strokes had decreased to nearly 30 percent of that in 1965. The inhibiting effect of protein on strokes first demonstrated by hypertensive rats was eventually corroborated through long-term analyses of more than 250,000 stroke patients, which took place over the course of 40 years. By the end of the twentieth century, improvements in the traditional washoku diet—once quite high in sodium and low in protein—were what granted Okinawa, and Japan as a whole, the world’s greatest life expectancy. Food is the staff of life, and the way we eat today is precisely what determines how long we will live.

Yukio Yamori, M.D., Ph.D.; born 1937 in Kyoto. Dr. Yamori is a pathologist specializing in preventative medicine and nutrition. After serving for many years as professor at the Graduate School of Human and Environmental Studies at Kyoto University, he is currently professor at Mukogawa Women’s University, as well as Director of the Mukogawa Women’s University Institute for World Health Development, President of the Hyogo Prefecture Health Promotion Association, and professor emeritus of Kyoto University. In 1998, he was awarded Japan’s Medal with Purple Ribbon. He has authored many books, including Choju no Himitsu (“Secret of long life”) and Daizu wa Sekai o Sukuu (“Soybeans will save the world”).