Our current Feature series examines washoku traditional Japanese cuisine and its correlation to health and quality of life. This third installment considers how soybean-based foods, which are fundamental to washoku, contribute both to longevity and to women’s overall health. A variety of soybean products including natto, tofu, yuba and soy sauce.

The cause of death for more than 60 percent of people in the world today is associated with lifestyle diseases, which include two major vascular conditions, stroke and heart attack, both closely related to longevity. In the Cardiovascular Diseases and Alimentary Comparison (CARDIAC) study, which surveyed over 60 different regions around the world from 1985 until 2005 and involved 200 men and women in each region, it was found that those countries with high rates of myocardial infarction do not have high longevity. In this comprehensive long-term study, we collected 24-hour urine samples and found that those who consume foods rich in taurine and magnesium— fish, seaweed, soybeans, grains and vegetables—tend to die less frequently from heart attacks. These findings support the assertion that such foods, which are a regular part of the traditional Japanese diet, sustain longevity. 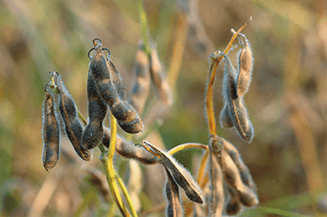 In most countries, the average lifespan of women is longer than that of men. For Japan, this disparity is significant, at about six years. Moreover, for the last 20 years, Japanese women have held the record for the longest lives anywhere in the world. Why? One reason is that, in general, the death rate from coronary heart diseases causing heart attacks among women is 30 percent to 40 percent compared to that of men, and thus lower than men. The rate of heart-related deaths does, however, increase for women after menopause. We have found that women who live in areas where soybeans are not part of the diet have fewer isoflavones in the urine. Isoflavones are plant-derived compounds with estrogenic (female hormone-like) activity that are found in abundance in soybeans. Most significantly, these women had a greater rise in blood pressure at menopause than those in areas where soybeans are eaten regularly. It is thought that this disparity derives from the impact of soybean isoflavones on hormonal balance following menopause. So we can say that post-menopausal Japanese women are healthy because they are among the number-one consumers of soybean products such as tofu and natto fermented soybeans.

Soybeans are not part of the regular diet in Brazil, but in one CARDIAC investigation, we had menopausal women of Japanese descent eat rice, soup and salads sprinkled with isoflavone-rich soybean hypocotyl powder for three weeks. We found that their blood pressure and cholesterol levels fell; we were thus able to demonstrate the benefits for menopausal women of the daily intake of soybean isoflavones equivalent to about 50 grams of natto fermented soybeans. When we measured isoflavones in 24-hour urine samples of both men and women from the many regions of the world where we held our studies, including in China and Europe, we found that lesser amounts of isoflavones correlated with higher death rates from coronary heart disease. Basic research shows that the female hormone estrogen activates the production of a substance in the endothelium which dilates blood vessels and enhances blood circulation. Isoflavones have the same effect, which is further strengthened by the abundant antioxidant nutrients found in vegetables and fruit.

Our CARDIAC study included three different populations that included both men and women: Brazilians of Japanese descent who did not ordinarily eat soybean products and had low vegetable intake; those living in Scotland, which has the highest rate of death by coronary heart disease in western Europe; and Aboriginal Australians, among whom lifestyle-related disease is the most prevalent among any native population in the advanced countries. When we had these participants eat bread containing 25 grams of soybean protein daily for five to eight weeks, we found that their blood pressure and cholesterol levels decreased. In Western countries, prostate and breast cancer are among the most common cancers. Our global study showed that death rates from these two cancers were lower in those populations whose urine showed greater amounts of isoflavones. The estrogenic activity of isoflavones suppresses the propagation of cancer cells in prostate cancer, and is thought to block the excessive impact of estrogen by occupying estrogen receptors in breast cancer. We may surmise that the reason that rates of prostate and breast cancer are increasing among younger Japanese is that the custom of eating soybean products has become less widespread. Furthermore, we found from our study of elderly women of Japanese descent in Hawaii that isoflavones also help control the loss of bone calcium, and are therefore effective against osteoporosis, a complaint common in post-menopausal women. In general, protein intake is important for older people in order to prevent bone and muscle deterioration. This study of Japanese-American women in Hawaii, a population that in the 1980s had the world’s highest longevity, showed few cases of dementia. Their salt intake was low at six grams per day, close to WHO recommended guidelines, and their levels of blood proteins were higher than in any group of elders that we had studied in Japan.

There are nearly seven billion people on earth. For all of us, protein intake is essential from childhood to old age—and yet only seven percent of protein-rich soybeans are used directly as human food. Most soybeans are made into cooking oil; the bean dregs are fed to cattle, whose meat is then eaten. It takes eight servings of soybeans to produce one serving of beef. The consumption of more soybean-based foods would lead to healthier lives without lifestyle-related disease, while also protecting the environment. Soybean-based foods are an essential ingredient of washoku, which has been named a UNESCO Intangible Cultural Heritage. We should consider how this priceless heritage might be shared, by re-examining the role of soybeans within global food cultures from both a nutritional and an environmental standpoint.