At the R&D division of Kikkoman Corporation, we are engaged in the challenge of identifying what makes food “delicious” and expansion of our research fields to new areas of research. We also pursue various initiatives related to food safety and reliability, with soy sauce brewing technologies at the basis of these efforts. Each individual researcher is motivated by the aspiration to implement R&D which will be of indispensable value to our customers.

Our R&D division has it’s starting point as the Brewing Laboratory of the Noda Soy Sauce Brewing Union established on March 13, 1904, in advance of the establishment of our company. This laboratory was initially engaged in research on growing koji molds in pure culture, which was then a cutting-edge technology.
Since then, we have applied efforts to elucidate soy sauce brewing technology scientifically, and contributed not only to improvements in quality and productivity but also to reassurances of the safety of soy sauce. In the 1950s, research on soy sauce brewing was applied and expanded to life science research as well as the development of processed foods using soy sauce as one of the ingredients. We will continue our efforts for research activities from upstream basic research, which will be the basis of future product development, to downstream new product development research. We will also accelerate our R&D activities through collaborations with research institutes around the globe. 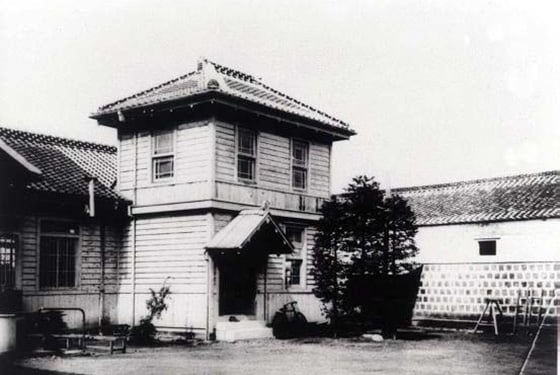 At Kikkoman, to improve the quality and productivity of soy sauce, we have diligently studied - over a span of many years - the various processes involved in the manufacture of soy sauce. This includes research on essential microorganisms for brewing and also research on the whole manufacturing process from processing raw materials to the last step: the heating of raw soy sauce.
One of the fundamental research topics that Kikkoman continues to pursue from a scientific viewpoint is technological development relating to the “Safety and reliability of food”.
In recent years, we have engaged in new areas of research intended to discover new technologies which enable the development of improved and useful products for our customers. The research achievements and technological developments from the study of soy sauce brewing are at the basis of these endeavors.