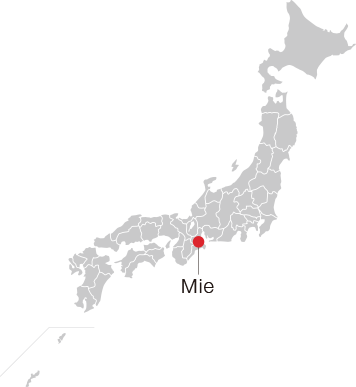 The Ise-ebi spiny Japanese lobster thrives along the rocky coastline of the Shima peninsula, in the Ise-shima region of Mie Prefecture. Ise-ebi feed on the abundant seaweed that grows here in the warm, nutrient-rich Kuroshio current. The best season for Ise-ebi is winter, when its plump white flesh is particularly sweet. Ise-ebi is considered a luxury, and can be prepared in various ways: as sashimi, often accompanied by an umami-rich miso soup made from the lobster head; or charcoal-grilled or simmered (gusoku-ni) in its spiny, articulated shell, which is commonly described as resembling samurai armor (gusoku). The shell, red when boiled, makes Ise-ebi an auspicious New Year’s symbol whose color and name evoke the sacred Ise Jingu.