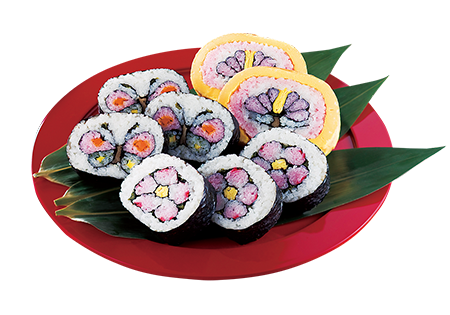 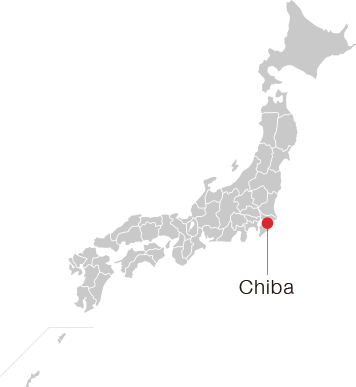 Futomaki-zushi, literally “thick sushi roll,” is a specialty in the Boso region of Chiba Prefecture. Also called matsuri-zushi, it is served at celebratory feasts and on special occasions. Seemingly an ordinary sushi roll, when futomaki-zushi is sliced, intricate, delightful imagery is revealed: flowers, animals and lucky symbols appear like magic. Such complex designs are made by combining multiple thin sushi rolls and oblong strips of vegetables and omelet as fillings. Elaborate motifs can expand the diameter of a futomaki to as much as 5-10 cm, or 2-4 inches. Using the region’s local seafood and farm produce, new futomaki designs and techniques continue to evolve.