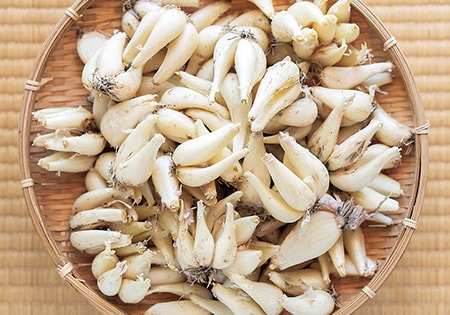 Rakkyo before pickling (top)
and pickled 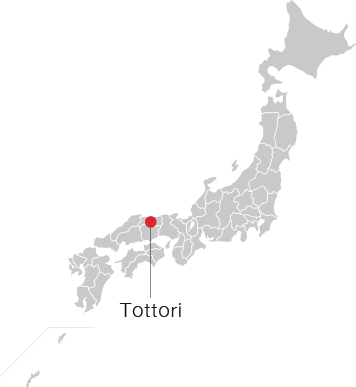 Tottori Prefecture produces more rakkyo Chinese scallions than any other region in Japan. Characterized by its dense, crunchy white bulbs, rakkyo was originally introduced from China as a medicinal plant around the ninth century. The best-known rakkyo are those famously cultured in Tottori’s dry, infertile sakyu sand dunes along the Japan Sea, an area known for harsh winds and heavy snows. Seed bulbs are planted in summer, and rakkyo are harvested in early summer the following year: it is generally agreed that the more severe the winter, the better the taste. The white bulbs are pickled in sweetened vinegar to be enjoyed year-round as a sweet-sour condiment to accompany curry and rice.