In January 2020, the Kikkoman website released the video, “seasoning your life” The Story of Kikkoman’s Soy Sauce Tabletop Dispenser, which tells how its iconic glass dispenser, first introduced in 1961, was developed. The fundamental design objective was to craft a dispenser that would be regarded as essential tableware—in the same category as a plate or teacup, as opposed to producing a mere container.

In October 1955, Kikkoman made its soy sauce available in one-liter bottles, intended for small families; despite this, consumers demanded even smaller bottles. In response, Kikkoman sought to introduce a new kind of easy-to-use dispenser that could be placed on a tabletop. Industrial designer Kenji Ekuan, then president of GK Industrial Design Laboratory, was commissioned to design such a dispenser. After over three years of trial and error, he ultimately realized a design that embodied innovative functionality, and which was both user-friendly and ergonomically stable. Since its appearance in 1961, the Kikkoman Soy Sauce tabletop dispenser has remained a popular best-seller, both inside and outside of Japan.

On March 30, 2018, the Kikkoman Soy Sauce tabletop dispenser was successfully registered as a three dimensional trademark in Japan. Typically such trademarks involve the registration of three-dimensional forms imprinted with logos or names; however, the Kikkoman Soy Sauce tabletop dispenser is a rare case which was permitted to be registered without a logo or product name printed on it.*

It is therefore legally acknowledged that, even without a logo or name, the Kikkoman Soy Sauce tabletop dispenser is recognizable by its form alone. This tabletop dispenser is currently used in over one hundred countries around the world. The total number of shipments since its introduction in 1961 until March 31, 2018 exceeded 500 million bottles. The design is also registered as a three-dimensional trademark in the U.S., the E.U., Ukraine, Norway, Russia and Australia.

Kikkoman continues to value the design and concept of its unique soy sauce tabletop dispenser as it endeavors to develop products that fill the world with the joys of food while enriching lives.

* Other examples of three-dimensional trademark registrations for food containers without logos or names printed on them include the Coca-Cola Contour Bottle and the Yakult drink container. 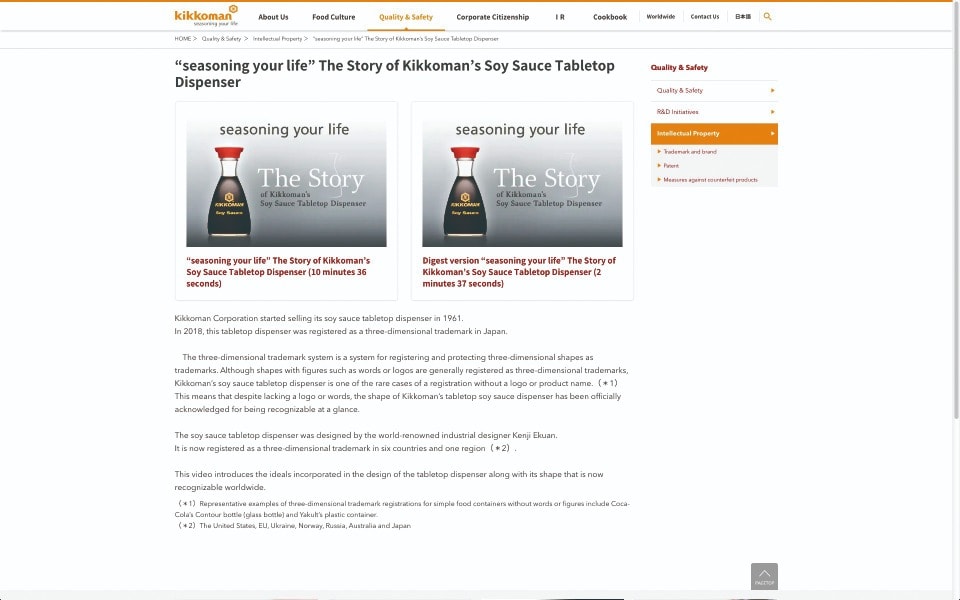 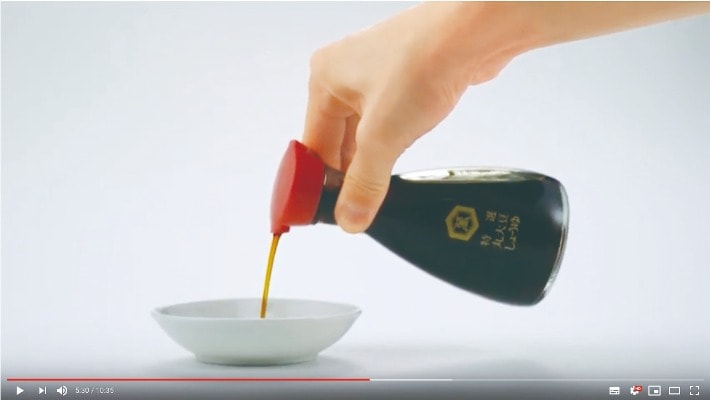 The Kikkoman Soy Sauce tabletop dispenser does not drip and is easy to use.