Mochi is well-known as an essential event food during the New Year’s season in Japan. As for types of mochi, these are often classified into the shape, for example pounded mochi rice shaped into slabs is called ‘noshi-mochi’, and when this is cut and divided up into blocks it is called ‘kiri-mochi'. Mochi that is plump in the middle and stretched into a semi-elliptical roll is called ‘namako mochi’ (namako is Japanese for sea cucumber), and that shaped into round balls is called ‘maru mochi’ (maru means round in Japanese). ’Kagami mochi’ (kagami is Japanese for mirror; and the shape of this decoration was thought to be similar to that of a copper mirror, which has religious significance and was considered a treasure in ancient Japan) is a traditional Japanese New Year’s decoration of a 2-layer tower made by placing a small round mochi onto a large round mochi. When classified by ingredients, there is kuromame (black bean), daizu (soy bean) as well as mame (bean) mochi. In addition there is mochi to which aonori (green laver), or sesame seeds, or even sakura shrimp is added. Furthermore there is also germinated brown rice mochi, which is just as its name states, mochi pounded out from germinated brown rice.

As an ingredient, mochigome (glutinous or sticky or sweet rice) has a higher viscosity that the non-glutinous rice eaten regularly. In terms of nutrition, glutinous rice hardly differs from non-glutinous rice, it is composed of 77% mainly starch as the carbohydrate content, 6% protein high in a good balance of essential amino acids, in addition to containing minerals and vitamins. One matchbox portion of glutinous rice contains the same amount of calories as one bowl of rice, making this a super food product for effective calorie consumption.

Mochi having a nice sheen and bounciness, the sweetness and aroma of rice is of good quality. It is possible to store mochi, however after opening, wrap in plastic wrap and store in a refrigerator or freezer for best keeping.

Zoni (mochi in soup), isobe mochi (seaweed wrapped mochi), kinako mochi (soft mochi covered in roasted soybean flour) are some popular mochi dishes, and even adding mochi to udon and other pot-prepared dishes makes these even more delectable. Throughout Japan recipes for a variety of local specialties and sweets using mochi have been handed down through generations. 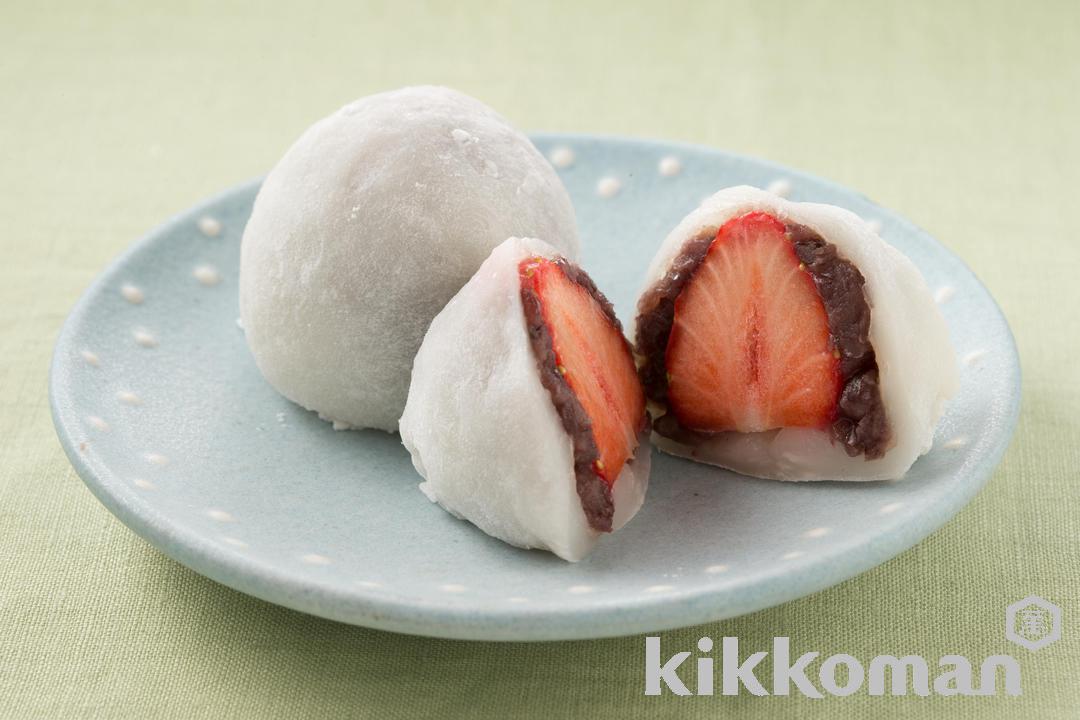